This book highlights the latest innovations and applications in robotics, as presented by leading international researchers and engineers at the ROMANSY 2020, the 23rd CISM IFToMM Symposium on Theory and Practice of Robots and Manipulators. The ROMANSY symposium is the first established conference that focuses on robotics theory and research, rather than industrial aspects. Bringing together researchers from a broad range of countries, the symposium is held bi-annually and plays a vital role in the development of the theory and practice of robotics, as well as the mechanical sciences. ROMANSY 2020 marks the 23rd installment in a series that began in 1973. The event was also the first topic-specific conference of the IFToMM, though not exclusively intended for the IFToMM community. 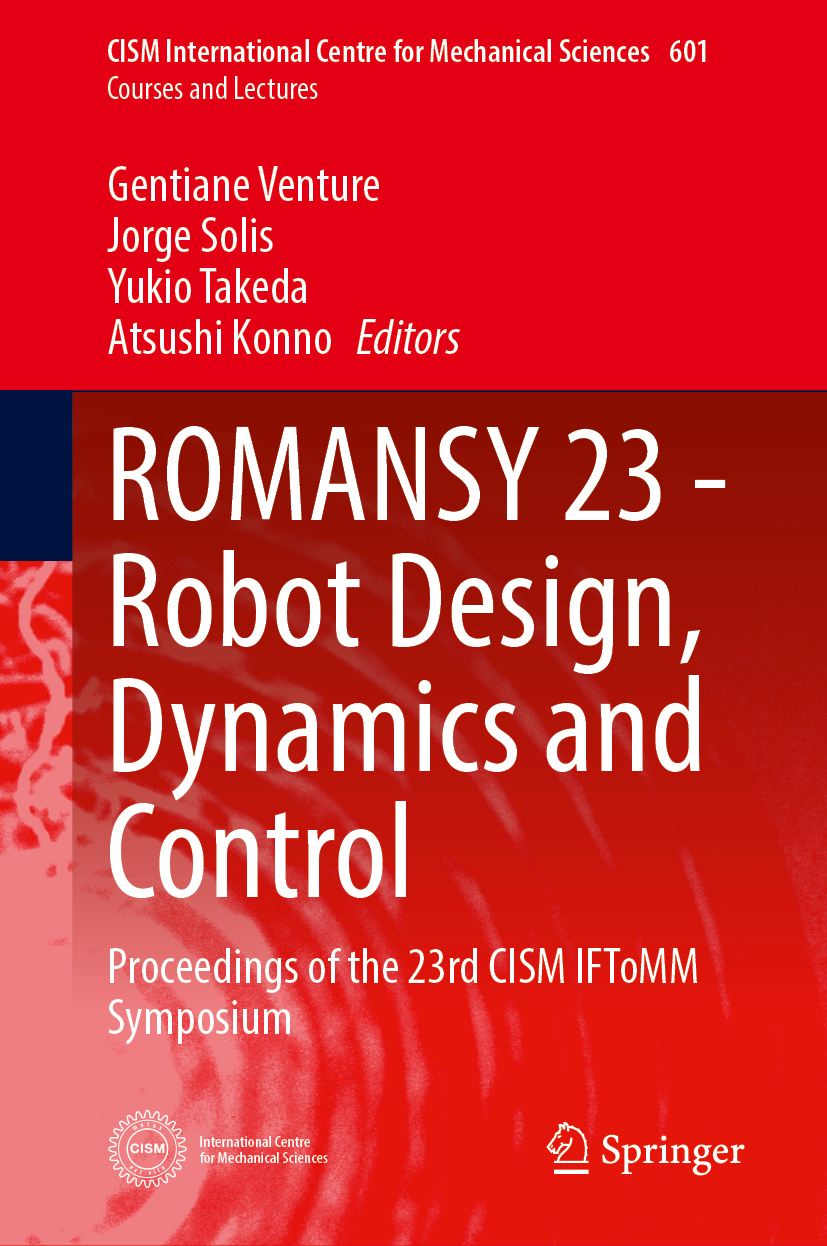 Websites do not have full control over cookies that may set by various third-party scripts. To see detailed information about and to manage cookies in your browser, please check its privacy settings.

These tools are used to collect statistics about user behaviour that helps us to improve our website and services. No personal data are collected.

Currently none in use.